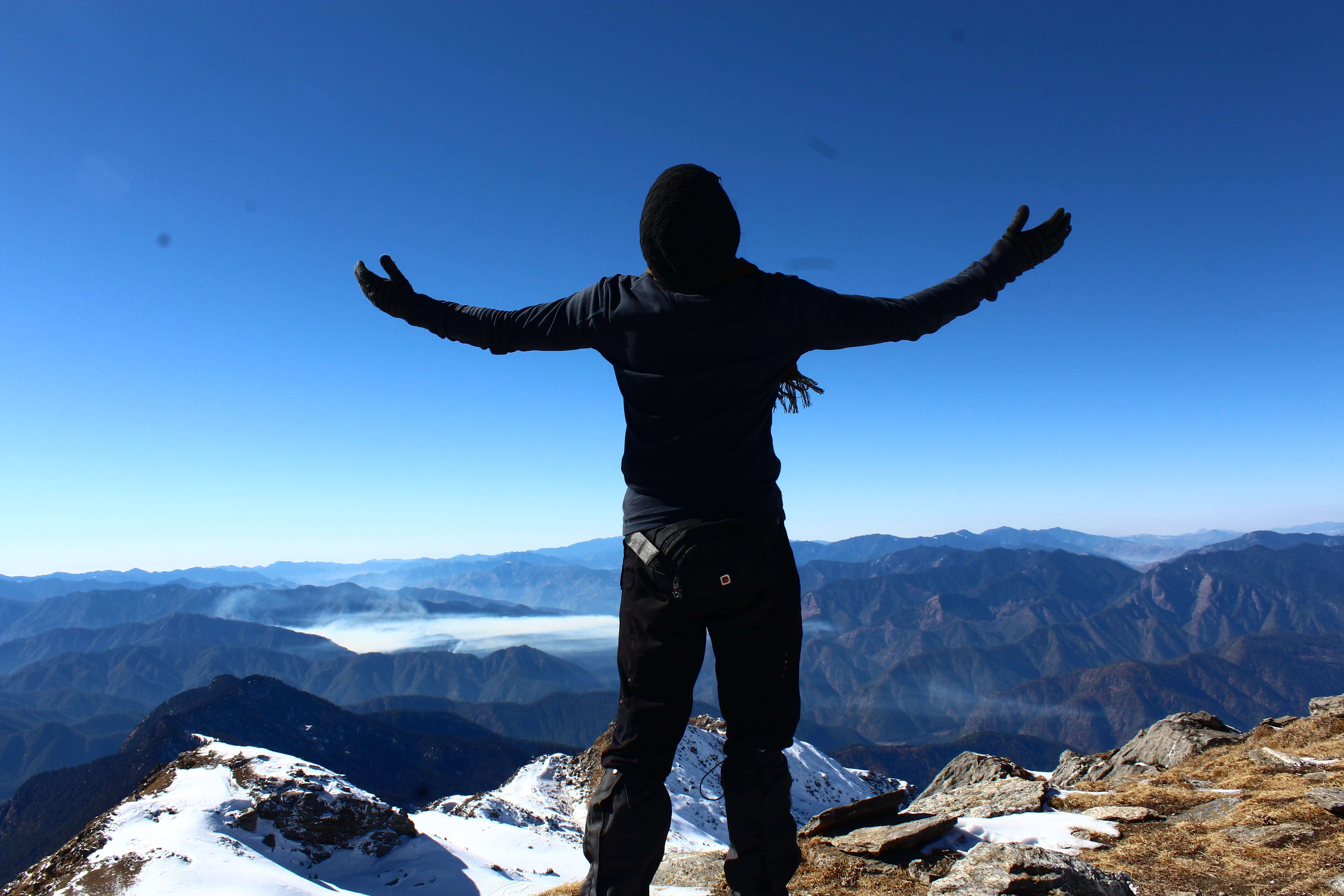 Kedarkantha (not to be confused with Kedarnath, a famous temple) is a 12,500 ft elevated mountain peak of the Himalayas in Uttarakhand. Dedicated to Lord Shiva, It is one of Uttarakhand’s most beautiful and popular treks. Throughout the trek, mountaineers come across frozen lakes, snowy paths, friendly dogs, vivid flora and fauna, and magnificent views of snow-capped mountains. Due to the maximum snow cover, the best time for trekking is during the winter months of December, January, February, and March. In the peak of winter, the temperature can go as low as -10°C. Usually, It takes four days to complete this trek. It begins from the Sankri. A small village at an elevation of 6,400 ft in the Mori District. 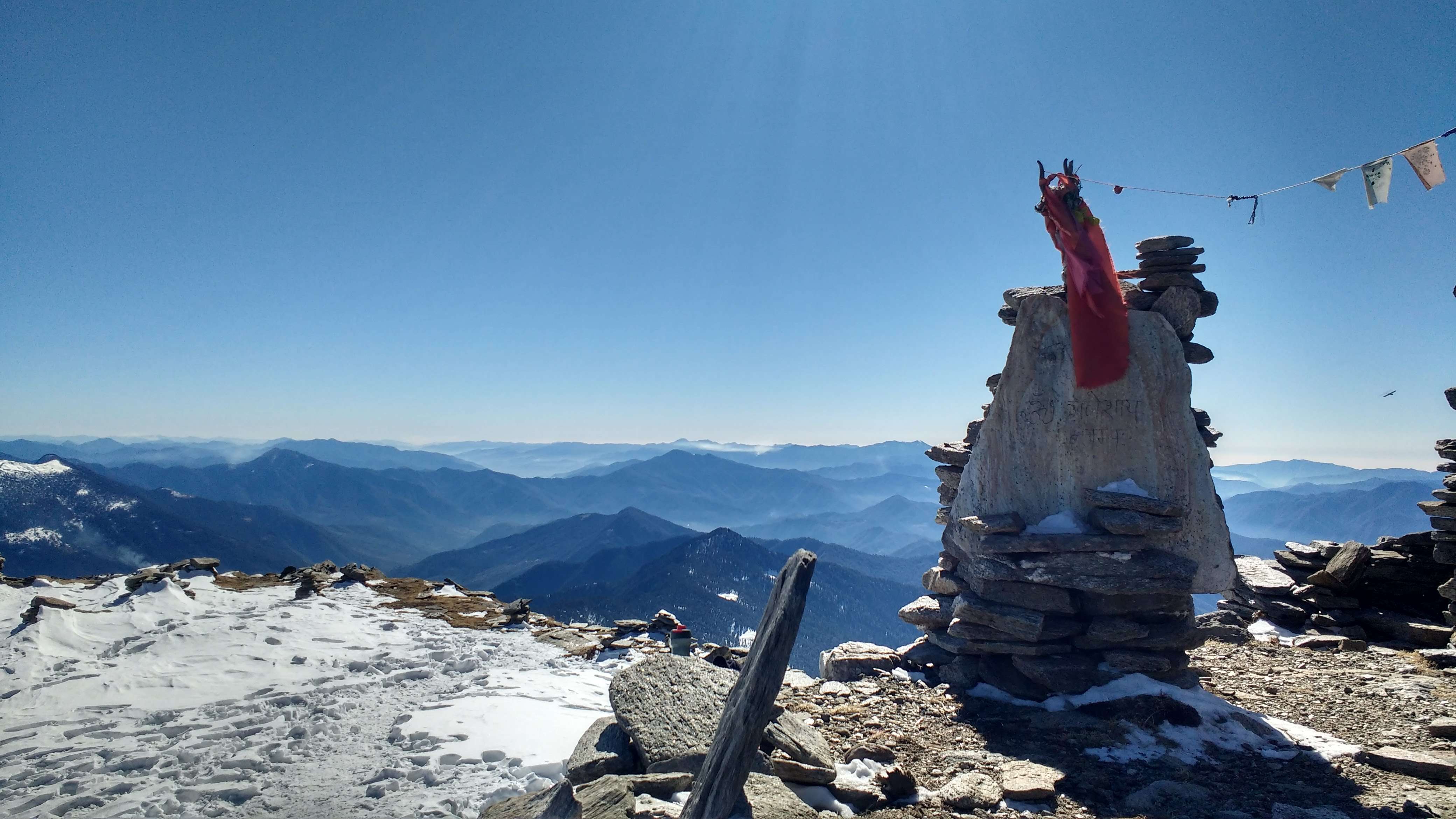 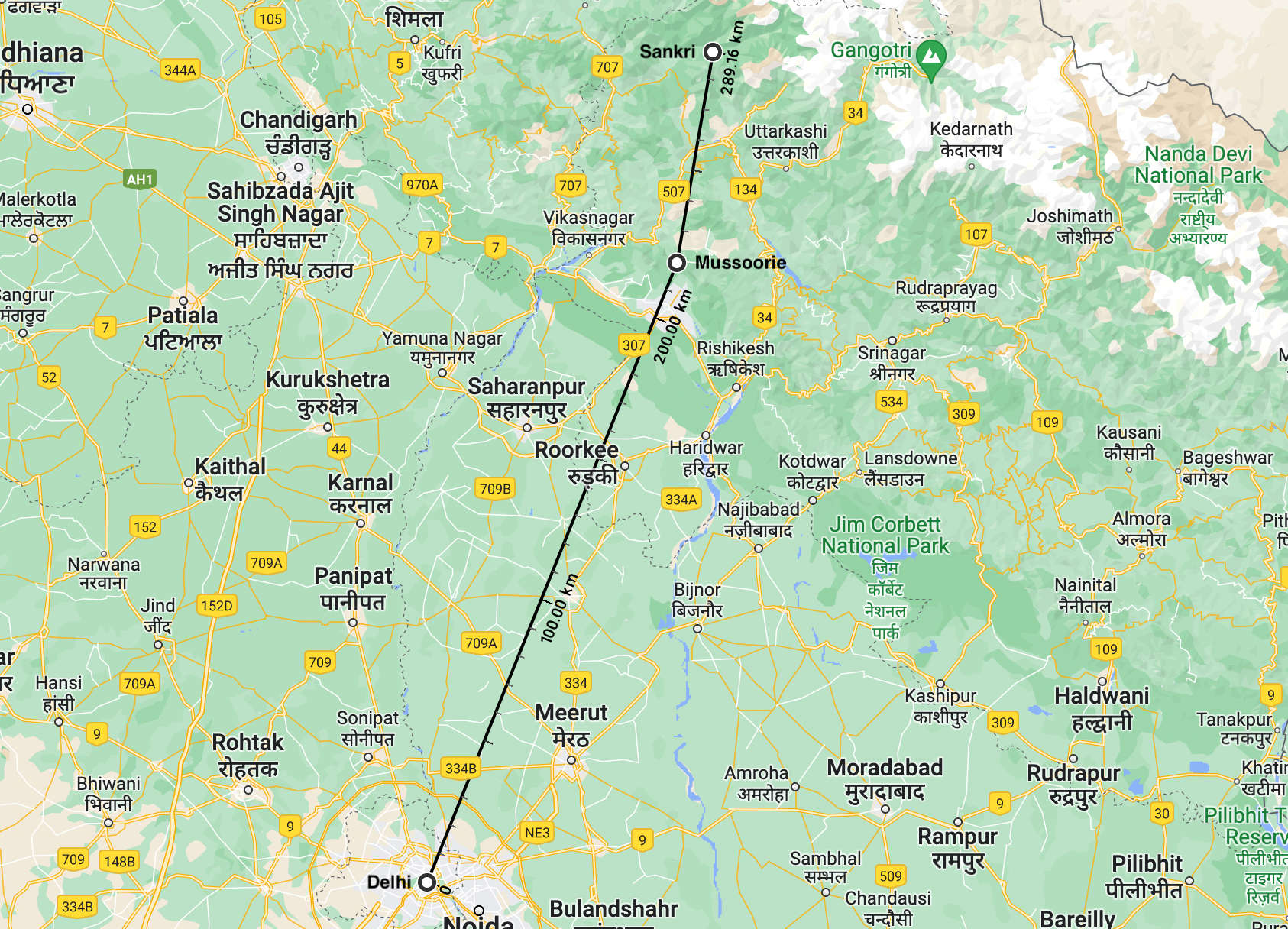 With packed bags and lots of excitement for our first team trip, We took an overnight bus from Delhi to Uttrakhand. It takes approximately 6 hours to reach the Dehradun bus station. It hardly took us a few hours of chit-chat to realize that it was going to be a long night. The night was cold and dismal. Kind of weather that would make you want to stay snug, be comfortable and sleep for long hours. I remember myself flipping through the pages of a book I had brought to read until sleep overtook me.

At midnight, sometime around 2:30. The steep turns and maneuvers woke me and I decided to gaze out of the window to get some fresh air. The rest of my peers were charging themselves for the other side of the day. The weather was cold and calm with a soothing breeze. 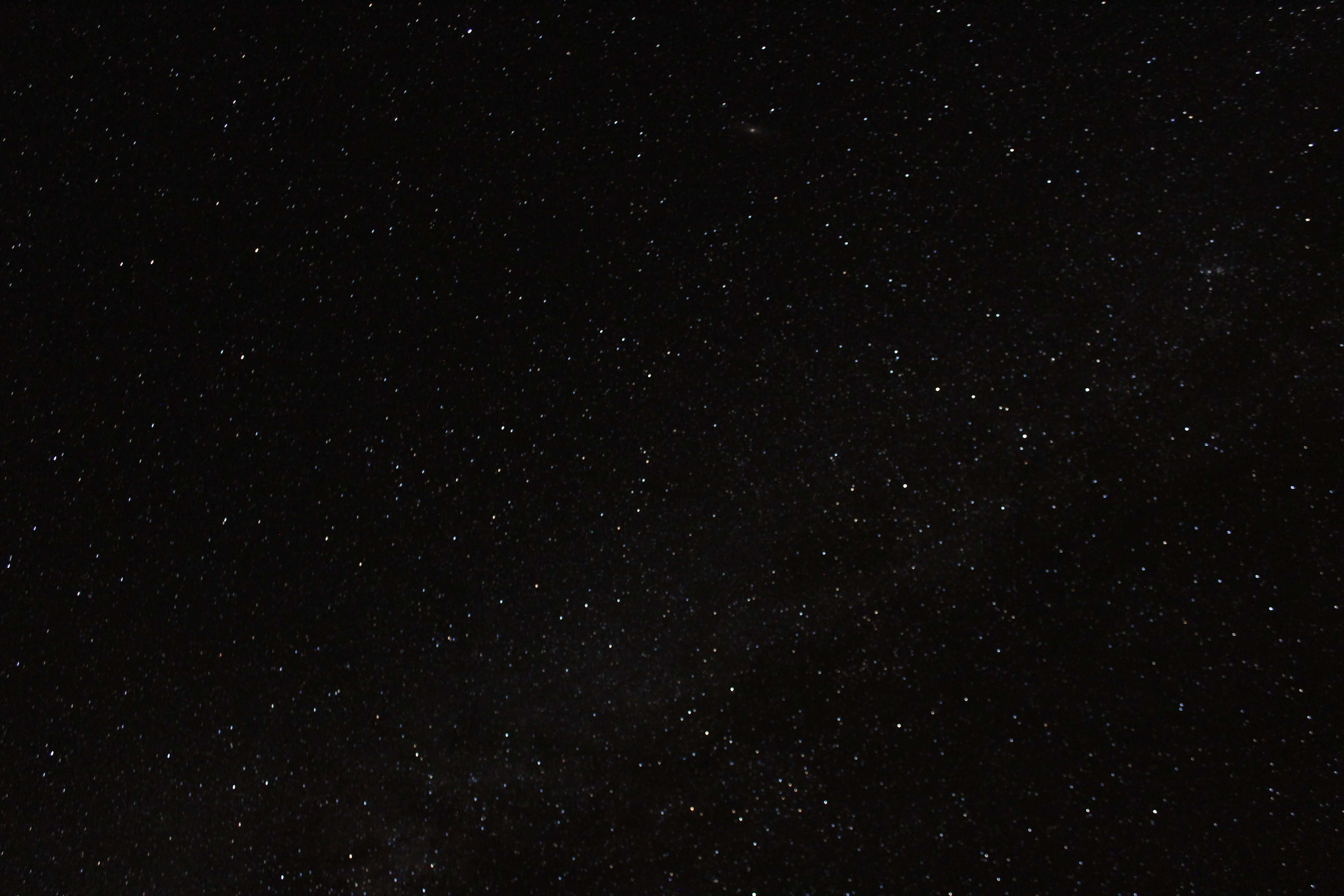 After looking into the sky, I took this photo. The sky was as beautiful as it could be, miles away from city lights, full of stars. Spending most of my life in the city, the view was a blessing to the eyes.

Sometime around 3:00 in the morning, we reached the Dehradun bus stand. The bus stand was dead, there were no signs of life around us. Dense fog and we were shivering due to the cold. After looking for half an hour, we managed to rent a traveler to continue on our way to Sankri. The title says it all: The Queen of hills, Mussoorie. I reckon to look at a hill with small twinkling lights as if stars have fallen on it. I saw these stars coming closer and then going away from us. Tiredness again took over me and I went back to sleep, but this time dreaming of the view I had seen.

A ride to Sankri from Dehradun is a 200 km long drive and takes almost 7 hrs. We reached the village around 10:00 in the morning. After having our breakfast, and taking the necessary equipment (Gaitors, Spikes, raincoats, etc.) for the trek we left for the first campsite, i.e. Juda Ka Talab. 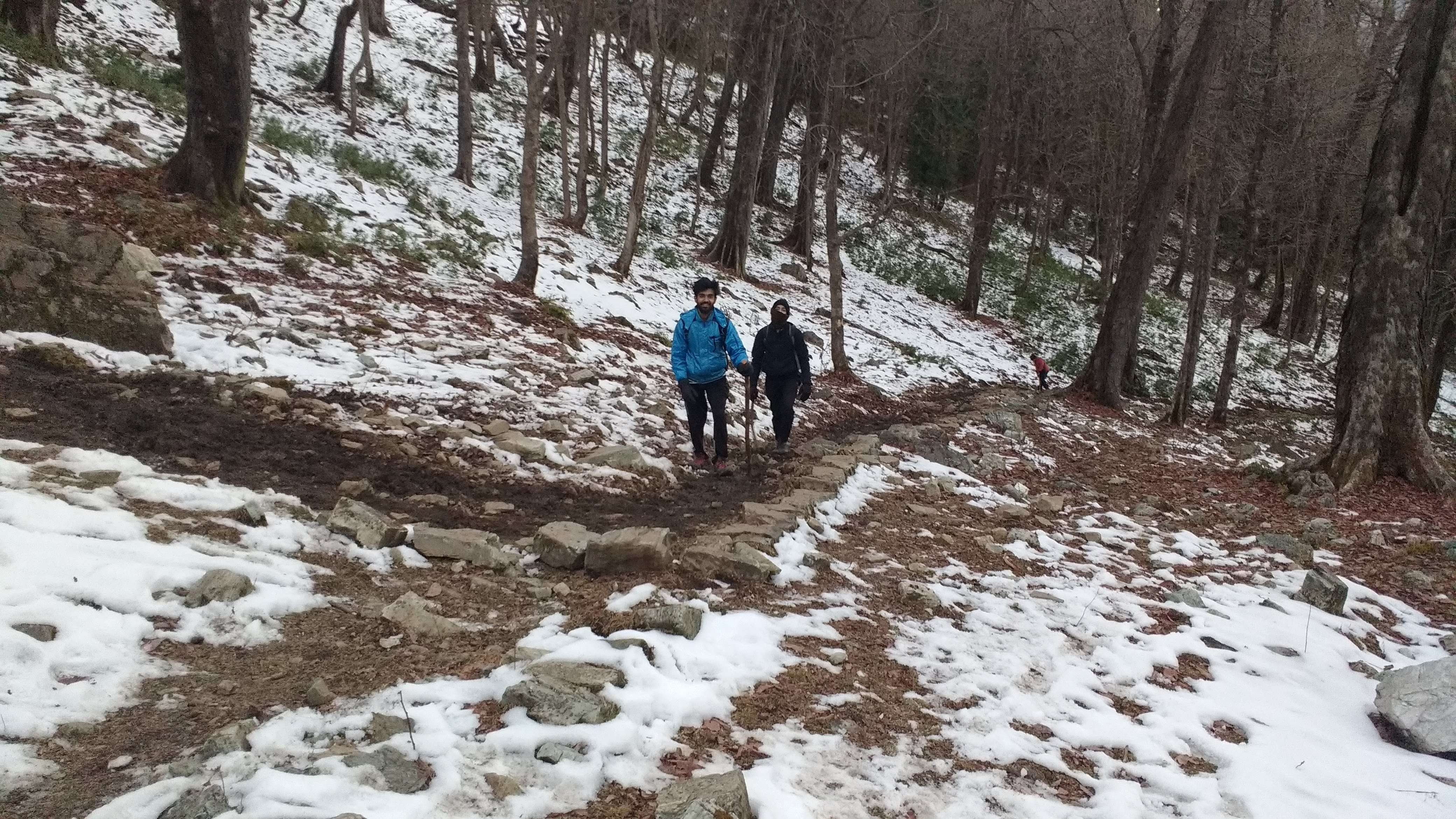 Sankri village is located at a height of 6,400ft. It takes up to 5 hours to cover a distance of 4km, 9,100ft high. Starting from the foothills of Kedarkantha, we walked along with a stream, went across forests of pine and maple, and passed through many suspension bridges. Most of the scenes through the snow trails to a very extent resemble to the call of duty maps. Hour before reaching the camp, we took a small (not actually) Maggi break at one of the villages on our way towards the lake. By 5:30 in the evening, we reached the campsite. Sun sets early and rises early in the mountains. It was all dark, by almost 6:30 in the evening.

Yet again, I am greeted by a sight I usually do not get to see. The serenity and quietness of the nearby trees swaying in the gentle breeze, and the sound of crickets in the night. The stars just decorated the sky! It almost looked as if someone took a handful of glitter and just threw it up to the sky. The stars were sparkling and gorgeous. 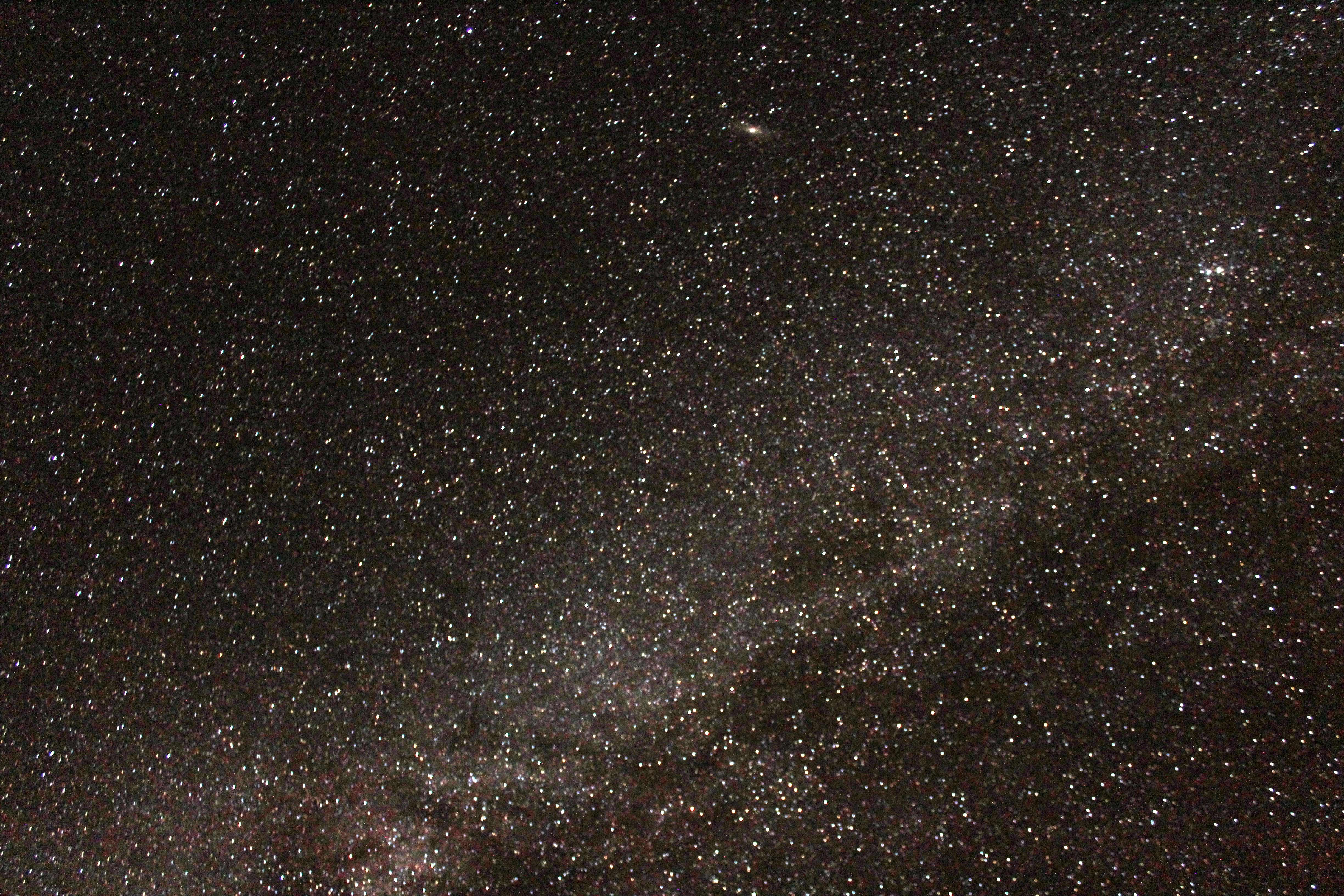 In groups of 2 and 3, we slept in the sleeping bags that were provided to us by the guides. It wasn’t one of the best sleeping experiences I can recall of. We could feel the cold through the tents and our clothes.

We were miles away from our home, with no signals on our phones and almost no signs of life within a 4-5 km of radius. It was for the first time that I realized the risks of going to the mountains. Thinking about my parents and home, I didn’t realize when sleep took over and I went from thoughts to dreams. We woke up at 6 AM to proceed to the Kedarkantha Base camp and summit. 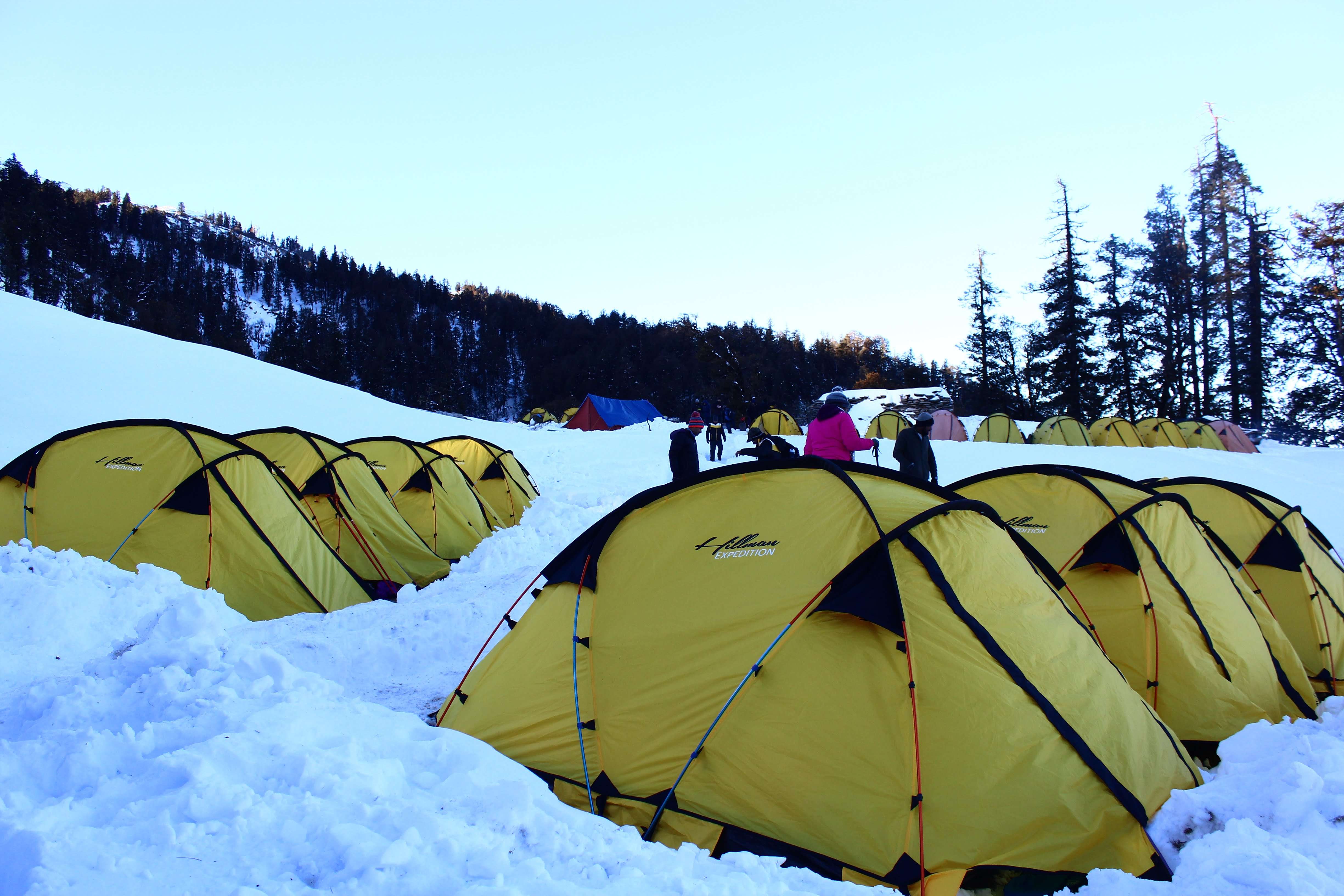 We started to march towards Kedarkantha base camp around 6:30 in the morning. It was dark at that time, So we started walking one after another in chains, trying to keep less gap as much possible. It was by 7:15 when we started to see the area around us. Tall dark trees with yellow leaves, with long branches and trunks guarded by snow. We followed the trails left by former travelers. We reached the Kedarkantha base camp by 8:30 in the morning. Where we kept our luggage and prepared ourselves for the summit. By 9:00 we continued to march uphill. On our way, we crossed a bridge and found two wooden sheds where we took some rest and bought packed juices. By 10:30 AM we continued to march towards the summit. Just after walking a few km, we started to notice the path getting steeper. 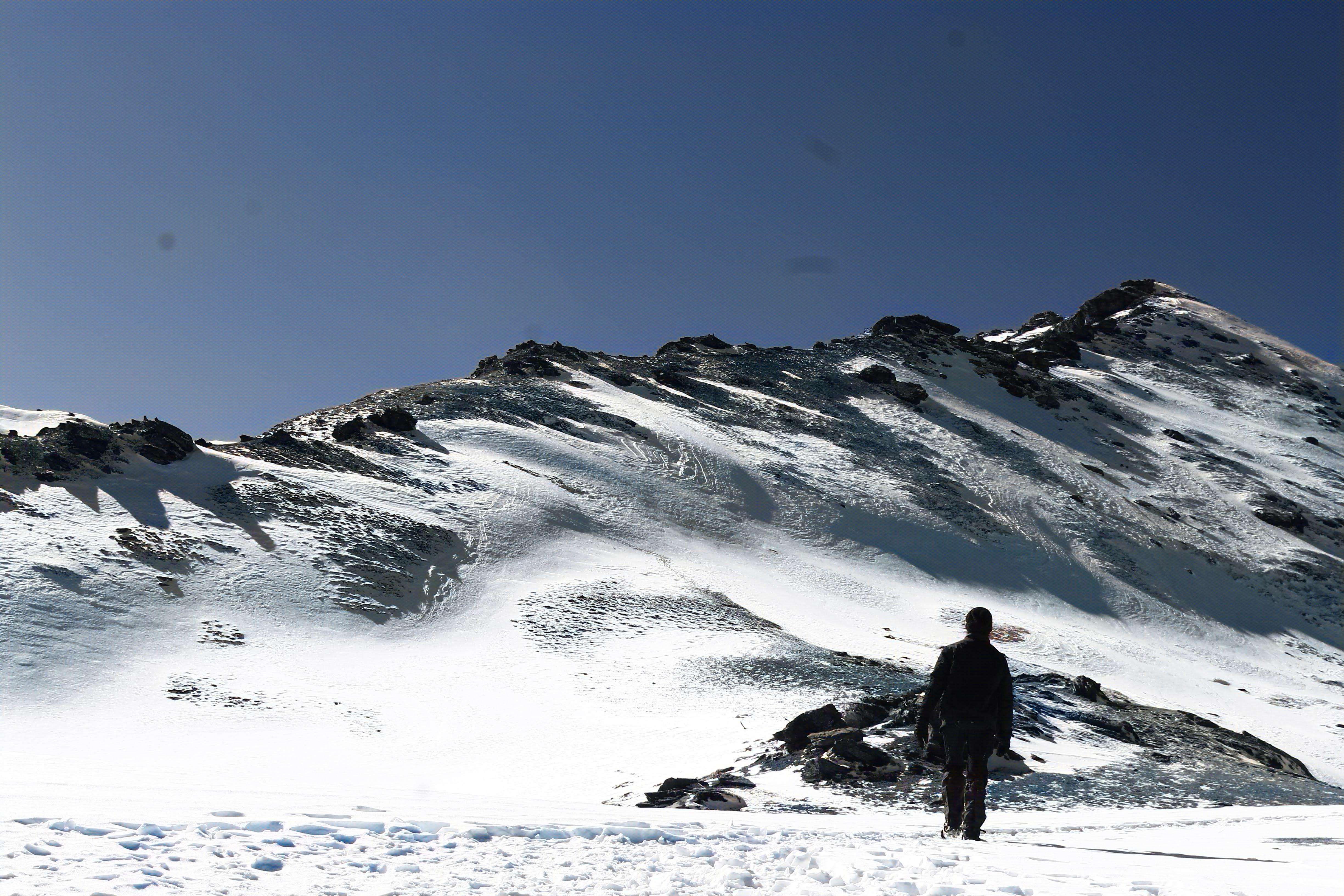 We thought of every distant peak we could see as the summit, but the moment we reached there, another peak was waiting for us. Post countless lunges, leg presses, and crawling, we reached the summit by noon. I am not having a word to explain how blessing the view was from the top. I’ll put the photographs that we took from different angles, for you to see for yourself.

We wouldn’t want to come back from the summit point, some of us were just enjoying the view while others meditated for a while near the Trishul. We would have wished to spend most of our time enjoying the view but, we started to descend after spending almost 30 mins there.

The way back was from the other side of the mountain. We went back to the base camp and enjoyed a meal of pulses and rice. We had to reach Sankri as early as possible, so we went across all the resting spots and trekked back in dark. The way back was dangerous as we couldn’t see the path in the dark. We somehow managed to reach back to Sankri by 8 in the night. Next, we asked the traveler to drop us back at the bus stand. We returned all the equipment and traveled back to the earliest. However, At some time around 10:00 at night in the middle of nowhere, we were struck by a pothole. No one was around us, and it was least expected to find another vehicle to pass by at this hour of the night. After searching here and there for some time, we were lucky to find some rocks and wooden planks a few meters away from us. After trying for some hours we were able to free the traveler from the pothole. We left at our earliest and took the first bus in the morning to Delhi.

No doubt, Kedarkantha is one of the beautiful tracks of Uttarakhand. Every phase of the journey is full of adventure. Start from reaching the Sankri and the trek later. On a side note, this was the most spontaneous journey we had decided to go on. We left our homes with as least things as possible and planned the itinerary on the go. All in all, This is probably one of the best treks I have been to!

Cheers to the Trekkies that made this happen! 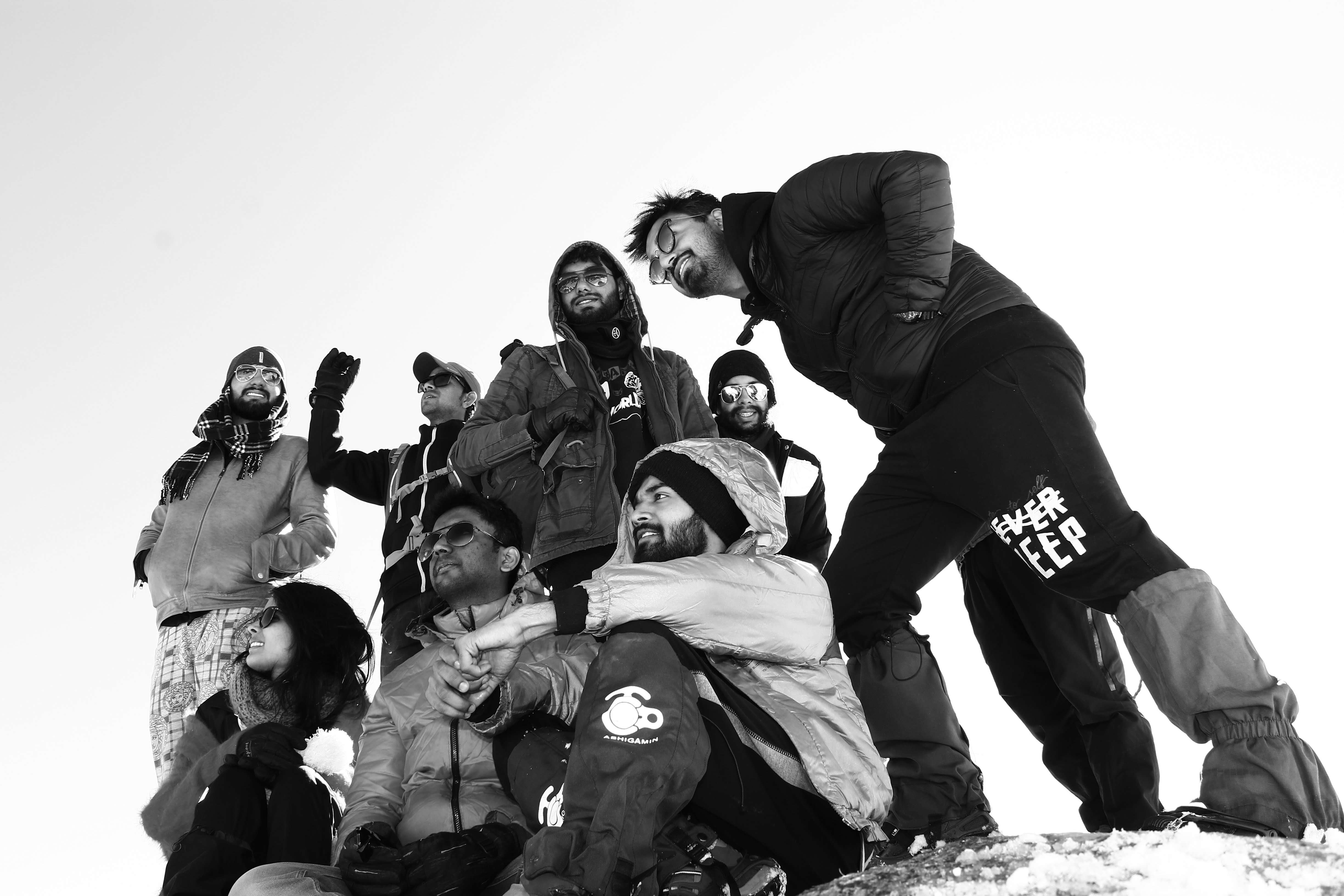 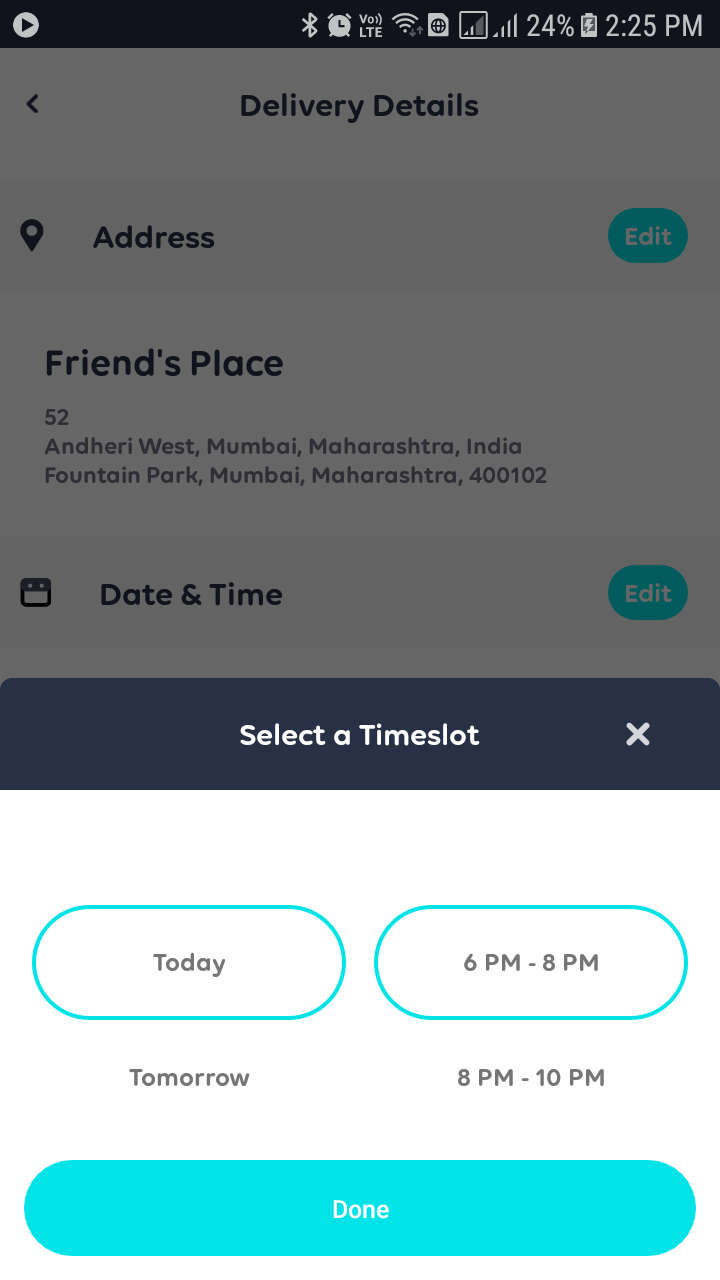